18 April 2018 – TiFN PhD fellow Sabine van Engelen spent quite a few hours in cow sheds, ensuring the sensors she installed did their job: measuring cows’ breath methane levels. “We were surprised with the difficulty to gather the data needed to predict methane emissions”, she says.

Dairy farming produces vast volumes of the greenhouse gas methane, which is produced in the rumen of dairy cows and emitted via the breath. Selective breeding could be used to reduce these particular emissions. “It is, however, difficult to make quantitative measurements of a volatile component like methane”, says Van Engelen. “So we focussed on relative methane emissions: for example, does Bella 3 emit more methane than Bella 34?”

Dusty cow-sheds
Collecting the huge amounts of data needed to draw these conclusions was not easy, stresses Van Engelen, who obtained her MSc in Animal Sciences at Wageningen University and worked as a research assistant, at the Animal Breeding and Genetics Department, before joining TiFN. “Breath-measurement sensors had to be installed in cow sheds throughout the Netherlands”, she says. “A dusty environment is not really suitable for highly-sensitive sensors: we got used to asking farmers to ‘wiggle the connectors’ to get the sensors working again, or actually go and repair them ourselves.”

Sensors were installed in the milking robot above the feed trough and had to perform 10-day continuous measurements in order to gather enough reliable data. “Sometimes it took months, at just one location, to collect enough data; at one point I was serious doubting if I would ever finish my PhD”, she smiles.

Speaking the same language
It took Van Engelen five years to complete her PhD. “It was so instructive” she says, “working with people from so many different backgrounds. Every discipline has its individual perspective, but we learned to speak the same language.” Breeding specialists, for example, usually study large numbers of animals, while microbiologists often use only four cows – but go into much more detail.

Van Engelen is now working as a data scientist at YOR Innovation, a company that creates sustainable innovations in agriculture around the world, from India to Africa. “The knowledge I gained, at TiFN, about sustainable agriculture is turning out to be very useful, as are my improved professional interpersonal skills. When there is an issue to be solved I know precisely how to approach it”, she illustrates. Van Engelen continues to benefit from the networks she built up during her PhD. “I encounter TiFN ex-colleagues, in different settings. This opens doors and facilitates the set-up of new partnerships.” 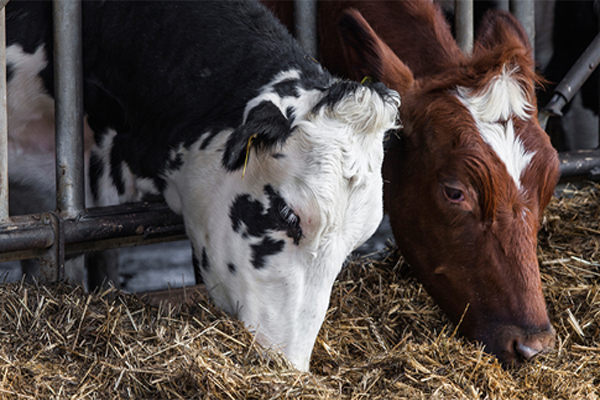 Posted in Food Chain Sustainability and Dynamics
We use cookies to ensure that we give you the best experience on our website. If you continue to use this site we will assume that you are happy with it.I agree