8 June 2016 – Sasha Zhernakova won TiFN’s Publication Prize 2015 at the Annual Conference. Her three minutes pitch recieved the most votes from the audience. Ten publications from all research themes were nominated. Zhernakova’s publication (abstract here) presents the finding of a large-scale TiFN-study into the effect of food and medicine on the bacterial diversity in the human gut, which is published in the prestigious research journal Science.

Everything you eat or drink affects your intestinal bacteria, and is likely to have an impact on your health. In this study researchers collected stool samples from more than 1100 people taking part in the LifeLines programme, which is monitoring the health of 165,000 residents of the Northern Netherlands. The samples were used to analyse the DNA of the bacteria and other organisms that live in the gut. In addition to stools, the study collected information on the participants’ diet, medicine-use and health.

This study is unique in that it focussed on a group of normal people whereas previous research was frequently focussed on patients with a specific illness. Further, the study covered an exceptionally large group of people and studied their gut DNA in detail. “Normally researchers only investigate one particular region of DNA in which different groups of bacteria can be distinguished,” Wijmenga explains. “We have mapped all the bacterial DNA to gain much more detailed information about bacteria types.”

This DNA analysis made it possible to examine which factors impact the diversity of the microbiome (the intestinal bacterial community unique to each of us). And that appears to be many. Wijmenga says, “You see, for example, the effect of diet in the gut.” People who regularly consume yogurt or buttermilk have a greater diversity of gut bacteria. Coffee and wine can increase the diversity as well, while whole milk or a high-calorie diet can decrease it.

“In total we found 60 dietary factors that influence the diversity. What these mean exactly is still hard to say,” explains Zhernakova. “But there is a good correlation between diversity and health: greater diversity is better.”

Beyond diet, at least 19 different kinds of medicine – some of which are widely used –have an impact on microbiome diversity. An earlier study by Groningen researchers has shown that antacids decrease this diversity, while antibiotics and the diabetes drug metformin also have an effect. These are important findings Wijmenga stresses, “Disease often occurs as the result of many factors. Most of these factors, like your genes or your age, are not things you can change. But you can change the diversity of your microbiome through adapting your diet or medication. When we understand how this works, it will open up new possibilities.” 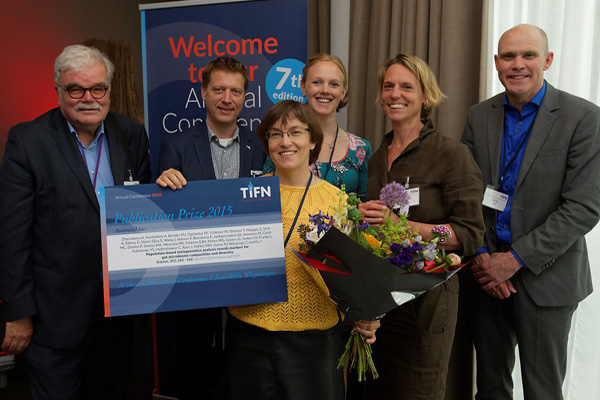