21 December 2016 – Supplementing healthy people with protein, creatine and leucine, while they are in a plaster cast or on an energy-restricted diet, has no effect on muscle-mass preservation. This is the major outcome of research by Dr Evelien Backx. The TiFN PhD fellow successfully defended her thesis on December 6th, 2016 at Wageningen University.

Backx investigated the effect of dietary interventions in two different models for muscle mass loss: a group of 60 healthy young men who volunteered to have a leg in plaster for a week, and 61 overweight people (age 50-70) on a 12-week energy-restricted diet with either high or normal protein levels.

Unexpected
“In contrast to what we expected, in both groups there was no visible effect of protein, creatine and leucine on muscle-mass preservation”, says Backx. Earlier work shows the benefit of extra protein, creatine or leucine in combination with strength training. “However, these compounds are not necessarily effective in the preservation of muscle mass during a period of inactivity or weight loss.”

According to Backx, protein enrichment of foods or protein supplements could still be a promising area of product development. “Adequate protein intake is essential for people on a calorie-restricted diet in order to limit loss of muscle mass”, she stresses. “During a period of weight loss, protein intake usually decreases, which could possibly enhance the loss of muscle mass. Protein-enriched food products could be an effective strategy to maintaining protein intake while decreasing overall calorie intake.”

Backx, who was working in two research groups at the same time – Maastricht University and Wageningen University – can look back on four inspiring years. “In Maastricht they know everything about measuring muscle mass and performance”, she says. “And Wageningen has a strong track record in setting up extensive studies, like our 12-week, strictly-controlled, dietary-intervention trial. I was surrounded by a team of experienced dieticians and enthusiastic students that helped me to get all the work done, such as preparing the volunteers’ daily food intake.” The PhD fellow was also happy with the perceived value of her research. “It was good to see industry partners being so interested in the outcomes.”

Distributing 85,000 flyers
Recruiting participants was a challenge for both trials and needed the best of the new and the old. “The immobilisation study required extensive communication via social media”, Backx illustrates. “And people who were interested in the energy-restriction trial often did not meet our strict inclusion criteria, so we had to physically distribute 85,000 flyers to homes in Wageningen and surrounding neighbourhoods in order to get 61 participants.”

Colleagues of Backx at Wageningen University have already started a series of follow-up studies in the elderly, focussed on interventions with protein and exercise. While in Maastricht, the immobilisation studies continue. Backx is no longer involved in the research – at least not in her own project. “As a lecturer in Nutrition at the Fontys Hogeschool in Eindhoven I am supporting students in their graduate research”, she says. “A role even more application-oriented than my research for TiFN.” 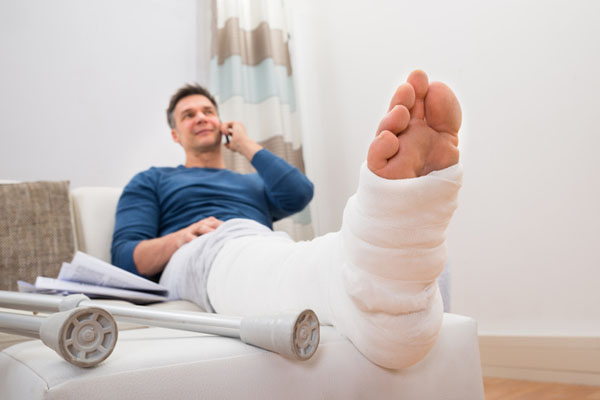