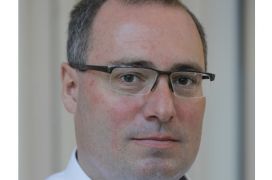 The executive board of Wageningen University & Research has appointed Markus Stieger as Personal Professor in Food Oral Processing starting 01 February 2020. Since 2007 Markus is also project leader at TiFN.

Markus Stieger (Wiesbaden, Germany, 1973) studied Chemistry at the University of Freiburg and graduated in 1999. He defended his PhD thesis in Physical Chemistry at the University of Kiel in 2004. Then he joined NIZO Food Research as a scientist and later as workgroup leader. In 2009, he joined Wageningen University & Research and started to teach, and lead a research group there. He is appointed as visiting Professor at Zhejiang Gongshang University in Hangzhou, China, and is editor of the Journal of Texture Studies and editorial board member of Food Hydrocolloids.

Smooth bite for all
Markus Stieger is a project leader at TiFN since 2007. In the past he has led the projects ‘Texture-Taste Interactions’ and ‘Dynamics of Texture and Taste Perception’ and now he is project leader of ‘Smooth Bite for All’. This project investigates how eating and drinking behaviour and sensory perception are influenced by food structure and consumer characteristics such as age, gender and ethnicity.

From oral processing to sensory perception
Prof. Stieger’s research group focuses on food oral processing. Unlike aroma and taste, where sensations are often associated with specific molecules, texture is a sensory property consumers assign to foods based on how the senses of vision, touch and hearing interact with the food. Texture can only be understood based on the interplay between physical and physiological properties that explain how food structures are transformed and sensed during food consumption. A comprehensive understanding of how food structures are perceived when eaten and how those structures contribute to pleasure and health is still lacking. Markus’s research group aims to identify how oral processing transforms food structures into sensory perception.